Why you should pay attention to guilt

Do you feel guilty all the time? If you do, please know you’re not alone. A constant sense of guilt is one of the most common challenging emotions I come across in people. Sometimes guilt is a subtle feeling—a nagging sense of all the things you’ve done wrong. Sometimes it’s not so subtle—a sense of guilt might weigh you down like a heavy ball and chain.

As I’ve studied the feeling of guilt, here’s what I’ve learned:

Guilt often has more to do with facing your limitations, than it does with anything you’ve done wrong.

Let me explain. The feeling of guilt shows up in a variety of ways, often snowballing from minor situations. As you pay attention to guilt you might notice thoughts like these:

The list can go on and on. Just live through one day, and you can find any number of things to feel guilty about.

Sometimes, we DO something wrong. We cross over a line. For example, we yell at our kids, or we tell a white lie. I’m guessing you know what THAT kind of guilt feels like. That’s not what I’m talking about here.

The kind of guilt that I’m talking about has to do with decisions and actions that aren’t black and white. In these instances, we feel guilty about dropping a ball or missing a social cue. For example, we might say or do something that inadvertently hurts someone else. Or we feel guilty simply because we have to make a tough choice that won’t make everyone happy.

You feel guilty because you’re not God.

The good news is—you’re not.

And the fact that you’re finite, limited, and human is *not* something you should feel guilty about.

You can train yourself not to feel guilt when you haven’t actually done something wrong.

Paying attention to your guilt can help you transform it. It can help you gain freedom from burdens that are not yours to bear. You can learn to distinguish between that nagging, chronic guilt-tripper voice in your soul and the clear-cut sense of wrong-doing that comes only from God.

According to Merriam-Webster, guilt is primarily defined as a “fact.” And, guilty feelings can certainly seem like factual evidence that you have done wrong. It’s only when you read down to the third definition in line 2b, that you see guilt defined as a feeling—the “feeling of deserving blame.” That’s where guilt gets tricky. The feeling of guilt is not the same as the fact of guilt. In other words, just because you feel guilty, doesn’t mean that you are guilty. Just because you feel guilty, doesn’t mean you deserve blame.


So, why should you pay attention to guilt?

Because sometimes guilt is just a feeling. And as you know if you’ve read even a little of what I write about. . .

Feelings are neither good nor bad, neither fact nor fiction. They’re simply signals to notice.

The constant presence of guilty feelings is a signal that some part of your soul needs healing.

If you’re dealing with a lot of guilt in your life, pay attention to it so that you can gain freedom.

Notice the number of times you feel guilt throughout a day. Get a sense of what the guilty voice is saying to you. As you focus on the feeling of guilt, you’re differentiating from it. That means, you’re getting a little distance from the feeling so that you can lead it, not the other way around.

Get curious about that guilt-tripping part of your soul. Extend yourself some compassion.

Ask God to help you discern what’s true guilt vs. what’s just a feeling of discomfort. Take a look at the list of things you feel guilty about. Ask God for perspective.

Have you done something wrong?

If not, then it’s time to shift your thinking.

Your guilty feelings don’t mean you deserve blame. They might be an opportunity for you to welcome your human limitations. And, the antidote to guilt in this case? 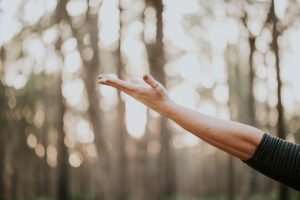 Guilt says, “I should be perfect;” but humility says, “I’m imperfect but God is bigger than I am.”

Guilt says, “I should have been better;” but humility says, “God, I’m dependent on your grace.”

Do you see what I’m getting at? The antidote to guilt is a humble awareness of your dependence on God. It’s the ability to find peace in the fact that you’re human.

Instead of feeling guilty, you can shift to the gratitude that comes with saying, “God, I’m going to miss some things. I’m going to let someone down.  I am so grateful that you are bigger than I am.”

If you struggle with chronic guilt, pay attention—not because you’re to blame, but because it’s a cue that some part of you needs grace. That part of you needs to find freedom in the fact that God does not expect you to do things only he can.


Humble yourselves before the Lord, and he will lift you up. James 4:10

Do you struggle with guilt? How have you found freedom from it?